A Night in Tagomago 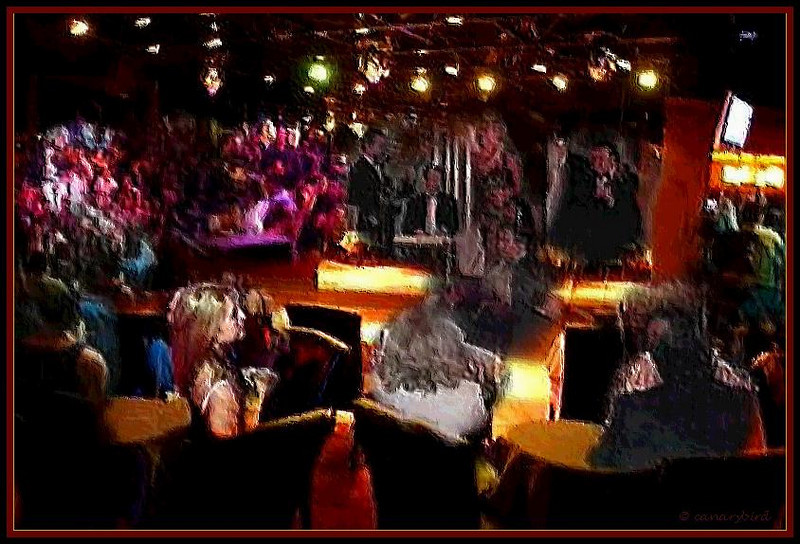 This is a photo collage. (click photos to enlarge)

Loli and I were still working as extras in the movie being made in Palma de Mallorca.

One evening we were taken to a popular nightclub called Tagomago, which was run by Los Valldemosa, a musical group at the time consisting of three young Mallorquin men, Rafael, Bernat, Tomeu and a pretty blonde American girl, Genia. The men were from the village of Valldemosa, a lovely place in the mountains where Chopin and his mistress, George Sand (her pen name) spent a rather chilly winter in the monastery, la cartuja, years ago. The group was popular in the Balearic Isles, had travelled and performed worldwide and had made several records for the Belter Discos company. They did a good rendition of "The Banks of The Ohio" as well as everyone's favourite, played over and over again in parties and barbecues for tourists "Na Catalina de Plaça", in which the audience joined in for the chorus of Cua - Cua- Cua.

Along with Los Valldemosa, was Salomé, the singer with whom we had been performing in previous days in both the bullring and the Pueblo Español. She would also be singing for us in Tagomago.

Loli had informed me that for this shoot we would have to wear something suitable for a nightclub outing. At that time, nightclubs were very popular, since there was yet no colour television to keep people sitting at home. It was customary to go out to the open bars and patio cafes, to drink coffee and liqueurs while watching people go by. Otherwise one went to a dance hall or on special occasions, to a nightclub which at that time were were quite civilized. Guests sat at tables, usually with a drink, while watching the show and applauding the artists. During intermission, they danced to recorded music in a small centre dance floor.

So after I borrowed a dress to wear, we arrived at Tagomago and were ushered to our seats near the stage and given a soft drink, made to look like a cocktail with a pretty straw and cherry.
There were few choices in soft drinks in those years.

There was Coca-Cola and Tri-Naranjus and that was about all. One didn't ask for a 'Coke' because that was an expression unknown over here. One requested it by the full name...'Coca-Cola' and it came in a very small bottle. The other drink available was Tri-Naranjus, which was a watery, non-carbonated orange drink, which after I'd tried it for a few months, became quite palatable to my taste.

Those who lived there at the time will remember how a large bottle of Tri-Na was always included in our straw baskets for a trip to the beach.

Anyway, we had a good evening at Tagomago, sipping orange, applauding, smiling and listening to Salomé and Los Valldemosa while the cameras rolled.

Here is a retro recording of Los Valldemosa performing in Tagomago. Unfortunately the sound is not too good, so you have to use your imagination to hear it Hi-Fi (smile).

Continue on to Chapter 24......Cayetano, The Gypsy

That was so interesting. I can't imagine the man going without food for 2 days...
You are a wonderful writer, I enjoyed the story!

Thank you Kathleen. It's actually a long story starting at Chapter 1 and will go on for much more, but I'm working on joining up the links so each chapter is linked to the next. Thanks for the visit!
Sharon.